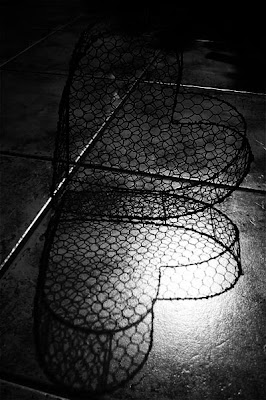 Valentine's day is nearing and it's impossible not to dwell on some thoughts of love. It seems we are celebrating this day of devotion without really knowing the benefactor - St. Valentine. One was a Christian martyr executed by a Roman Emperor, but during his sentence in jail he either performed a miracle on the blind daughter of his jailer or he fell in love with her, or both. He reportedly wrote a letter to her before his death, signing it with from your Valentine. What complete surrender lies in those words. Or he could be the St. Valentine who secretly performed marriage ceremonies to soldiers who were forbidden to marry by the Roman Emperor of the time - Emperor Claudius II.
I would still like to extend my deepest gratitude to you, or both of you for believing in the existence of love. Belief is like a match, it spreads like wildfire - if someone lights the match. Here's a toast to you: thank you Valentine for lighting the match, the world is on fire! So, may your day be entwined with romance and the desires of your pure heart.

I borrowed this decoration prop and thought the wire would create lovely shadows and distortion. It created a dramatic effect which I'm quite pleased with.
Posted by Art Germinate
Newer Post Older Post Home