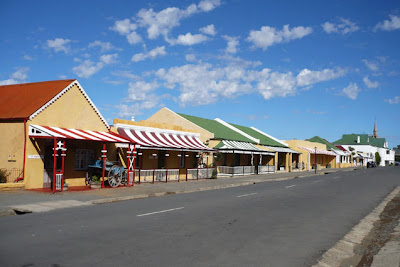 “I am not afraid, I was born to do this.” The words of Joan of Arc. She was such a brave teenager, and a girl at that. One cannot help but admire her strength, perseverance and belief in what she was intended/instructed to do during her earthly life.
In my mind’s eye most photographers are also brave - conquerors of fear and uninhibited by their shortcomings. It must be the medium which armours them against this crazed world. Maybe the camera’s eye creates an illusion of a safe distance which enables the photographer to take the shot, to be brave in that instant before the bomb explodes, as the elephant flaps his ears in defiance, or walking down a deserted street, walking out of the familiar comfort zone.
The development of photography has inspired the world to travel, to see what lies beyond their fences and to want to go there where that picture was taken. Just think of the explosion of traveling tours, cruises and safaris at the beginning of the 20th century.
Picasso said that action is the fundamental key to success, and he was right. When you don’t pick up that brush, dip it into the paint and stroke across the canvass, there cannot be a painting. When you don’t look through the lens, nothing can be seen. And no-one will see the beauty you see, no-one will see the world the way you see it.
Photography has challenged the fears so comfortable in my thoughts. Not only has it dragged me out into the world, to see its beauty, to see it in its fullness (and not just the fearful/macabre/violent), to see the beauty within less stereotipical/preconceived ideas of aesthetics and move more towards what my own perceptions of beauty are. It also questions why certain fears are embraced and maybe to realise that some need not exist anymore, because they just restrict. Photography opens the eyes to beauty where you did not dare to see beauty before.
It was my camera that led me out of the safety of the hotel to this street in the Eastern Cape one January morning. From the opposite end of the street the sun’s rays just did not reveal the vibrancy of the colours. I had to walk there to see it. Fear can govern us so easily when we allow it.When I hold the camera I’m not the timid self anymore. Walking along a deserted street alone might seem to some not as bravery, but to me even though it’s not flying, it’s definitely a leap.
Posted by Art Germinate
Newer Post Older Post Home