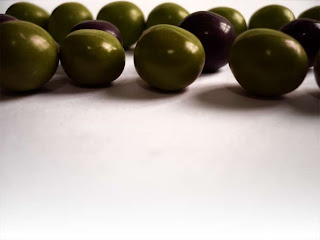 Recently I saw a bird’s eye view of the earth at night taken by a satellite orbiting around this blue planet. The earth was aglow as though lit from within. Uncountable fireflies mapping the edges of the continents.
So many lights, so many people, each with a voice, a yearning to be heard. Inadvertedly it brought me back to blogging. With so many people posting their private chambers on the internet, why join in the phenomena? What makes one believe that in this overflow of media/images/voices that ours will be adhered to, that it will have something unique to say?
Postmodern belief advocates that all text/imagery/ideas are intertwined, interrelated, in communication with eachother, subtext to one another and therefor no original/unique idea exists. So why speak? Why create(oops, is the inherent meaning of the word create, not connected to making something from scratch, bringing something into existence where there wasn’t something before)? How many nudes have you seen? How many clouds in the sky? Pictures of a sunset? We know what the anatomy of a human looks like, without even looking, right? We know clouds, and if we want to be really smart we’ll even list their different names - cirrus, stratus, cumulus, pileus, polar stratospheric...
No wonder artists go crazy! What a strange world we live in: we repeatedly attempt to describe (whether in words or imagery) that which has been eloquently described already. So the question again: Why even try to create?
I think this world and all its troubles successfully convinces us of the inhumane, cruel and brutalness frequently evident in its wake. We’re actually bombarded with 24 hour news images of hunger, starvation, riots, political injustice, natural disasters, abuse to humans and animals and the list continues... Our eyes are desensitized, gradually our hearts are turned to stone.
But beauty, in all its vulnerability, needs to be harbored, nurtured and protected. Because of all the brutalities in this world, beauty surprises us, the fact that it is here and can survive. It is so rare we cannot help but seek it. Beauty is what keeps us human, what prevents us from becoming brutes as well. Beauty, as the contrast to ugliness, sharpens our senses and reminds us that ugliness is still ugly, pain still hurts and we are vulnerable to it.
Yes, I have seen countless sunset photos, but I haven’t seen this one. I have seen a zillion photos of clouds and storms, but I haven’t looked up at the sky today. I have seen many reproductions of nudes. I am the voyeur peering into the pages of poor reproductions. But I’ve never seen a naked woman such as the ones Rubens encountered, or Freud (Lucien), or Picasso, or Degas’ bathers. Artists remind us that beauty exists, that the mundane is beautiful when we really stop and look at it. Art gives us hope(among other things), it shows us that beauty is still here to be found, if only we will look and forget the preconceived ideas imprinted by successful media campaigns and block buster movies.
I blog because I have a voice and I need to sing (and just maybe this voice will say something worthwhile to hear).
Posted by Art Germinate
Newer Post Older Post Home